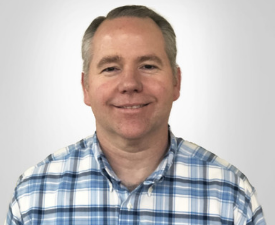 Richard was born in Sonora, California. He enjoyed playing multiple sports while growing up including football, basketball, and baseball.  He attended BYU in Provo, Utah where he received a Bachelor of Science degree in Zoology in 1997 and went on to receive his Master of Physical Therapy degree in 1999 at East Carolina University in Greenville, North Carolina. He has had a variety of work experience including private practice, acute hospital, skilled rehab facility and outpatient services.  He has been working at Meadowland Therapy since it opened July 2011.

He has had the opportunity to work with and treat a wide variety of patients including athletes, children, geriatrics, auto accident, and worker’s compensation in the Pocatello area since 2000. He finds great satisfaction and happiness in seeing his patients achieve their goals.

Richard and his lovely wife, Stephanie, have four children. When Richard is not in the clinic treating patients, he is likely participating in outdoor activities or spending time with his family.

We're not around right now. But you can send us an email and we'll get back to you, asap.